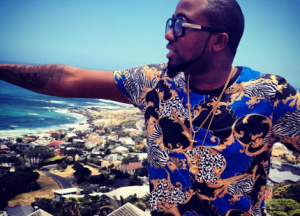 Chocolate City hip hop artiste and Aboki of Nigerian music — Panchak Zamani aka Ice Prince, has signed a deal with the biggest music corporation in the world, Universal Music Group.

The ‘Fire of Zamani’ rapper, who said the deal has been sealed and signed but is yet to be announced officially, didn’t give full details of the deal.

In a conversation with Pulse, he said, ‘I recently signed with Universal Music Group.   The official announcement hasn’t been made yet. They will start first with my ‘I Swear’ track, which will be licensed in the UK, after which other tracks will follow.’


The deal will have Ice Prince expanding his fan base and reaching his audience globally through international channels.

Universal Music Group is the largest music corporation in the world.