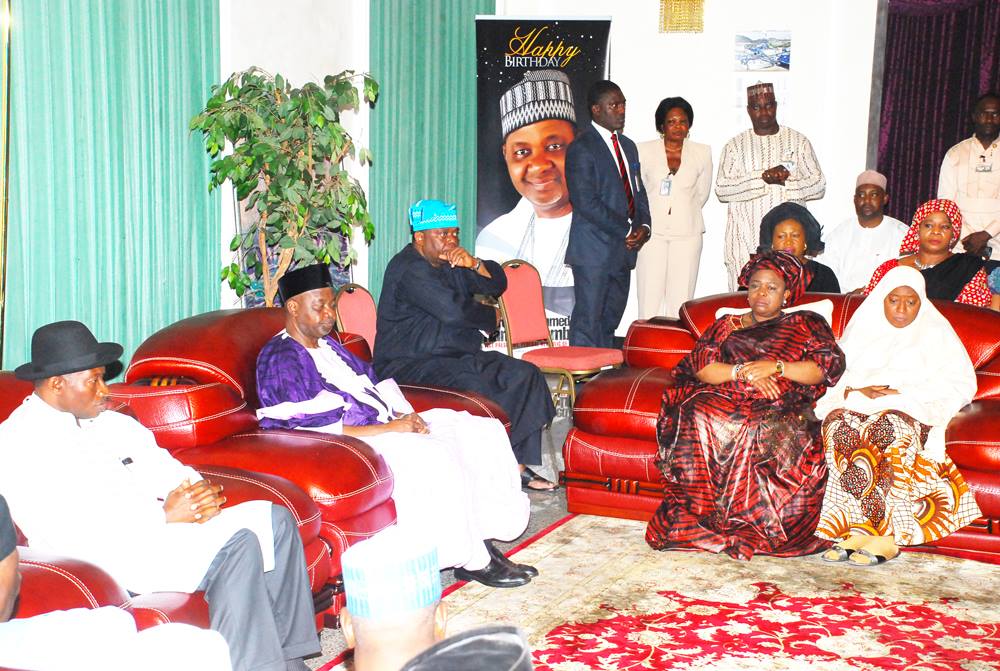 The vice president, had flown in from Tanzania, Sunday afternoon, where he represented Presented Goodluck Jonathan at that country’s 50th independence anniversary celebrations, upon receiving news of Captain Sambo’s demise.

President Goodluck Jonathan was first to commiserate with him over the death of his younger brother.

The president, who received the news while on his way back to Abuja from Bayelsa, described the auto-crash as an “extremely sad event”.

Jonathan, who visited Sambo along with his wife, Dame Patience and several top party and government officials including the National Chairman of the ruling People’s Democratic Party, (PDP), Adamu Mu’azu, Inspector General of Police, Mohammed Abubakar, FCT Minister, Bala Mohammed, Minister of Defence, Gen. Aliyu Gusau, Minister of State Defence, Musiliu Obanikoro among others, also condoled the government and people of Kaduna State and prayed God to grant the Sambo family the fortitude to bear the loss.

The late Capt. Sambo, who died at the age of 58, was a pilot with the moribund Nigeria Airways and member of the Presidential Air Fleet before he branched out to be on his own.

He has since been buried at the Apo Cemetery, Abuja according to Islamic rites.