Wedding of Jonathan’s daughter is causing troubles in Yenagoa metropolis, Bayelsa State as some roads are being closed and it results in heavy traffic. 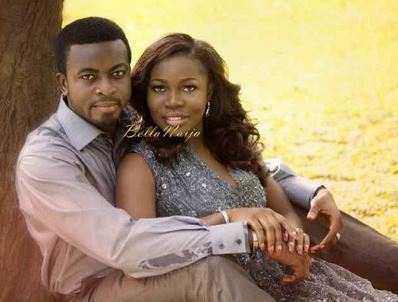 The wedding of Elizabeth Faith Osakwe & Godswill Osim Edward will be held on Saturday and the security involving soldiers and police are already present at the location.

Dame Patience Jonathan, wife of the President, has arrived to the state 2 days ago, and Jonathan is expected to arrive today, on Friday.

The ceremony will be attended by top government functionaries, politicians and many other dignitaries, some of them have already arrived.

There is a private residence of Jonathan in the area – along Kpansia, and as some of the roads leading to it were closed down, it caused many motorists to make a detour and choose longer routes than usual.

Correspondents of Punch reveal that gridlocks were caused by closure of some roads and the city motorists groan.

According to reports, Saturday market at Kpansia had already been ordered to be shot down by the state government.Traders that took their goods to the Kpansia market, via Sani Abacha road were forced to take other much longer roads.Some traders already closed down.

One of the traders, who desired to remain anonymous, stated that it was hard to believe that the whole community was put at a standstill because of wedding of one person.

“Closing some strategic roads because of the wedding is ill-advised. They should have devised a much better approach to managing the situation. The situation is not good enough,” trader said.