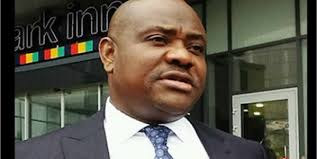 The Supervising Minister of Education, Nyesom Wike, has said the existing dichotomy between Higher National Diploma (HND) and university degree holders will soon be resolved.

To this end, the minister disclosed that President Goodluck Jonathan had set up a committee, headed by Secretary to the Government of the Federation (SGF), Senator Pius Anyim, to address the controversy.

Wike, who made this known in his address to chairmen of the Governing Councils of Federal Polytechnics and Federal Colleges of Education in Kaduna during a special retreat, said the SGF and members of the committee met, last week, with the Academic Staff Union of Polytechnics (ASUP) to find way towards resolving the dichotomy.

He said other demands had also been resolved.

According to the minister, the release of the White Paper on visitation panels to Federal Polytechnics and Federal Colleges of Education is being concluded in the Office of the SGF.

A statement yesterday by Simeon Nwakaudu, the Special Assistant (Media) to the minister, said Wike urged chairmen of the governing councils to deploy their requisite skills to resolve the prolonged strike embarked upon by polytechnic lecturers.

The minister also urged the striking unions to reciprocate President Jonathan’s good gesture by returning to the classrooms.

He was quoted as saying: “Permit me to call on our lecturers to call off their protracted strike to enable academic activities begin in the polytechnics and colleges of education. Let us show understanding with the government and the challenges before it and call off the strike”.