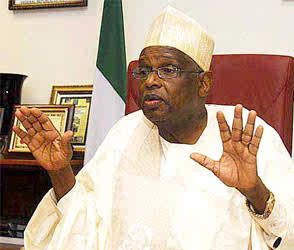 In what will come as a surprise to many, a former Senator and ex-ambassador, Professor Jubril Muhammad Aminu has absolved Fulani herdsmen of any wrongdoing despite several attacks in the middle belt of Nigeria blamed on them.

According to Aminu, an indigene of Adamawa State, the herdsmen are the victims in this matter.

In an interview with Vanguard, the professor of cardiology said the government should be blamed for the attacks, noting that unless something I’d done to end Boko Haram attacks in the country, insurgency will not end.

Aminu said history of Fulani rule and somewhat dictatorship has painted the tribe in a bad light in front of some people, with the average Fulani man now bearing the brunt of his history.

He noted that during colonial rule, there were cattle routes and the Fulani herdsman goes about his business without stepping on toes.

Sadly, government talks about grazing reserves all the time, but nothing has ever been done on that. It could have saved everyone a lot of troubles, Aminu said.

“They have not established anything for them. And these people supply meat, milk, hides and skin, manure. But they don’t care to look after them. The only time they are looking after them is to tax them.  Gen. Gowon abolished the tax. Today, they pay tax yet they are not looked after.”

Asked whether his points are justification for terror unleashed on people in their own lands, Aminu said; “‘I passed this road last year and this year you say I can’t pass’. I don’t know any other alternative. This is the cause. I didn’t say it was a justification. It is the cause of these frictions. The Fulani are not mad. They can’t go round destroying somebody’s  farm but ‘I followed this road last year, I feel like coming to follow it again because my people have been doing it for a long time’.
When they come, you drive them away, saying they are destroying your crops. And you begin to fight and kill them,” he pointed out.

Apart from attack on farmers, the herdsmen have been indicted in armed robbery on highways. Asked why they are always armed if they had no intention of unleashing terror on their way, Aminu stood to their defence, saying, “There are robbers. There are high way men. There are wild animals. There are competitors for cattle. It doesn’t mean that because they are all Fulani, they are all brothers and friends and all that. Why won’t you carry weapons?”

Speaking on Boko Haram attacks in the country, the former senator said until the government starts pursuing it as the war that it is, we may no see an end to it.

“You can’t go round killing your own people or allowing them to kill others. To stop them from killing others is not by killing anybody who looks like them. That’s not what you will do,” he said.