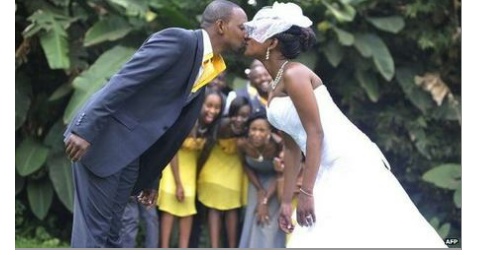 It brings civil law, where a man was only allowed one wife, into line with customary law, where some cultures allow multiple partners.

Controversy surrounded an amendment to the bill, supported by many male MPs, allowing men to take more wives without consulting existing spouses.

Traditionally, first wives are supposed to give prior approval.

Last month, female MPs walked out of parliament in disgust after their male counterparts voted through the amendment.

They argued that a decision to take on another wife would affect the whole family, including the financial position of other spouses.

The bill was also opposed by Christian leaders who urged the president not to sign it into law, saying it undermined Christian principles of marriage and family.

“The tone of that bill, if it becomes law, would be demeaning to women since it does not respect the principle of equality of spouses in the institution of marriage,” Archbishop Timothy Ndambuki, from the National Council of Churches of Kenya (NCCK), was quoted by Kenya’s Standard newspaper as saying.

The marriage legislation has been under discussion for several years and some initial proposals were scrapped at committee stages.

It has abolished the practice of unofficial traditional marriages which were never registered and could be ended without any legal divorce proceedings.

But plans to ban the payment of bride prices were dropped – although a person must be 18 to marry and this now applies to all cultures.

MPs did reject the committee amendment which said a woman should only be entitled to 30% of matrimonial property after death or divorce.
The law now allows for equal property and inheritance rights – previously a woman had to prove her contribution to the couple’s wealth.

However, the BBC’s Frenny Jowi in the capital, Nairobi, says this aspect of the legislation could create chaos in polygamous marriages.

The law stipulates that a wife is entitled to an equal share of whatever the couple acquired during their marriage but in the case of multiple partners it is going to be difficult to determine what each spouse is entitled to if one of them divorces or their husband dies, she says.

There had also been a proposal to recognise co-habiting couples, known in Kenya as “come-we-stay” relationships, after six months, but this too was dropped. 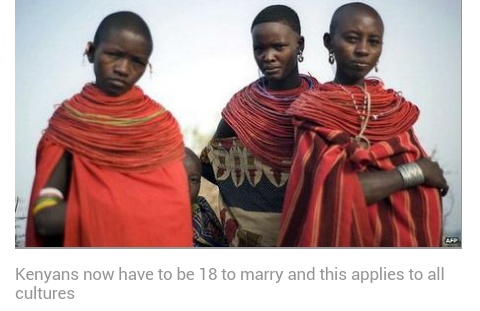 It would have allowed a woman to seek maintenance for herself and any children of the union, had the man left.