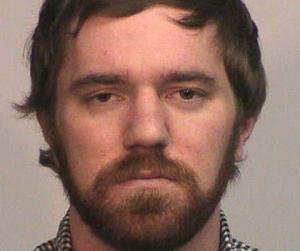 A New Hampshire man was arrested on burglary charges after police were able to track him down for stealing a laptop when he called technical support for help with the device.

The computer’s rightful owner, Mike Witonis, received an email from Apple thanking him for calling customer service about the laptop even though he hadn’t had it for a year.

Casey Wentworth, 24, was arrested at his home after police were able to use the computer’s serial number, which he had provided during the tech support call, to locate him.

“It then took us a while to track down the individual who made the phone call, but we were able to put that together and ultimately come up with enough evidence to charge him with the original burglary and recover the computer,” Lt. Brant Dolleman told WMUR.

Wentworth is accused of taking the laptop from Witonis’s home in Dover in February 2013.

“It was sort of shocking,” Witonis said. “I guess luck was on our side that the guy who took it didn’t try to get rid of it, which was sort of strange. Then, all of a sudden, he decides in his infinite wisdom, ‘Well, I’ll just call Apple and see if they can help me unlock this thing.'”

Witonis hasn’t gotten his MacBook Air back yet because the police are still keeping it as evidence.