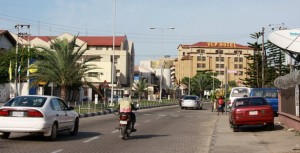 Activities in Abuja were low key on Saturday as the Easter holidays and celebrations continued, the News Agency of Nigeria (NAN) reports.

A NAN correspondent who went round reports that this was however not unexpected, following Monday’s bomb blast which took away several lives.

There was low patronage at the motor parks and shops, while the amusement parks and gardens witnessed high patronage due to the presence of security agents.

Tony Agoma, who was about to travel out of the city, said that he had tried to avoid the parks following recent happenings in the country.

He however said it had been difficult for him to get a vehicle to Gombe.

“I am considering picking a drop to Jos before it is too late for me to get to Gombe,” Agoma said.

He said he was avoiding the motor parks because they are “danger zones’’.

However, Ms Ele Michael, a passenger at one of the motor parks, told NAN she was travelling to Jos for the Easter break.

She expressed no fear of boarding a vehicle from the park.

“ I am not scared of coming to board vehicle at the park. This is my 10th year of boarding vehicles at the park,’’ Michael said.

Officials of the National Union of Road Transport Workers (NURTW) at the motor park however declined comments on the situation.

Drivers were however seen sleeping in their vehicles at the motor park due to the low patronage by passengers.

NAN also reports that in spite of recent security challenges in the country, some residents still expressed confidence in the security agencies.

Isioma Akpena, a resident, told NAN that her visit to the Wonderland Amusement Park was because of the high presence of the police and military men at the entrance.

“ I am overwhelmed by the presence of security officials at the park. It gives me an impression of safety for people at the park,’’ she said.

Some other residents, who spoke on condition of anonymity at the Millennium Park, said they felt safe to go out because “it is the duty of government to provide security for the citizens’’.

A number of clergymen who spoke to NAN however called for peace and fear of God by citizens of the country in order for all to live in harmony.

Rev. Ochei Louis, the Vicar of the All Souls Anglican Church at ACO/AMAC Estate in Lugbe, urged Christians to show love to all men this Easter.

“Let no man put his trust in another man. Our confidence and security should be in looking towards God, in as much as government is putting in efforts to address insecurity in the country,’’ he said.

Louis urged all citizens to put their hope in God like never before and keep praying for peace.

Pastor Segun Odex, the Chairman of Bwari Chapter of the Christian Association of Nigeria (CAN), said the Easter celebration would bring Nigerians together as one.

He however urged Nigerians to imbibe the fear of God in order to celebrate the Easter in peace and not in disharmony.[NAN]