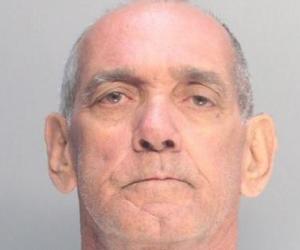 A registered sex offender in Florida is accused of attempting to burn down his neighbors’ trailer because they are lesbians.

Braulio Valenzuela-Villanueva is charged with attempted second-degree murder, arson, and committing a hate crime after he allegedly lit a mattress leaning against his neighbors’ trailer on fire. In addition to the two women, the trailer also had eight children inside.

While the occupants were fleeing from the burning trailer, Valenzuela-Villanueva, 73, was seen “casually” watching and his neighbors reportedly “had to compel him to assist bringing a garden hose” to battle the blaze.

Miami-Dade firefighters put out the fire and no one was hurt.

“Although he did not admit setting the fire, he stated that he despised the two adult victims for the simple fact that they were lesbians,” according to the arrest affidavit. “According to the defendant, every time he saw them kissing he felt a deep repugnance and in his opinion, they did not deserve children.”

One of the women, Norma Beteta Fonseca, wasn’t aware that Valenzuela-Villanueva had a problem with her.

“The reason they say is because I’m a lesbian. But this is not an excuse for me. I never had a problem with him,” Fonseca told the Miami Herald. “I don’t understand. This is crazy. I don’t understand why.”