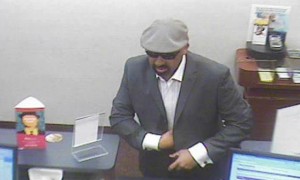 Providence police have arrested a man who allegedly wielded a potato disguised as a gun during a robbery attempt last week.

WPRI-TV reports 34-year-old Gary Deming of Cranston was arrested on robbery charges. Authorities say he pretended he had a gun when he demanded money from a convenience store and dry cleaner April 21.

The convenience store manager chased him off with a baseball bat. A dry cleaner employee gave him a fake $20 from a decoy register.

The station reports Deming is also accused of breaking into his sister’s home on the same day as the alleged potato incidents. She told police he took a purse, debit card and $100 in cash.

A telephone listing for Deming couldn’t be found. It’s not clear if he has legal representation.