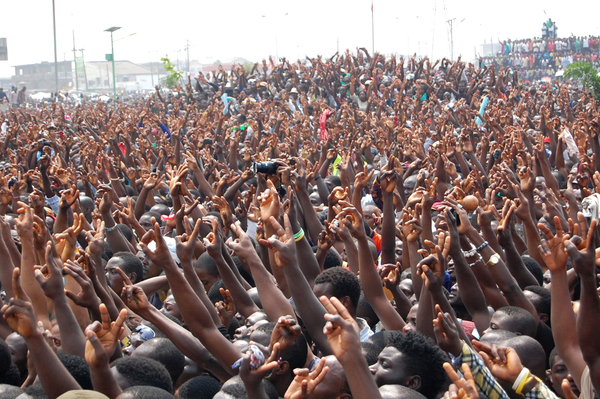 WAKE UP!!!!!!! I WRITE (RIGHT) BECAUSE THINGS ARE WRONG IGNORANT YOUTHS NEED TEACHING

With all the vast sources of knowledge both formal and informal within our reach today, it is still surprising that majority of Nigerian youth’s exhibit… high level of ignorance about certain burning issues of National interest that they should be constantly in tune with given the fact that we constitute a major percentage of our ever growing population in our dynamic world today.

It is expected of us as leaders of tomorrow to exhibit high sense of patriotism and love for our nation by endearing our mind towards acts of nation building which sooner or later such great task of steering the affairs of our nation will beckon on us. We the youths have to refrain from our Non-challant attitude of awareness in regards to topics bothering our nation.

I would recall the sharp criticism that greeted a statement credited to a former head of state in the person of IBB whom once stated that the youths of Nigeria today are not yet ready or matured enough to shoulder the responsibility of governance. For an elder states man of his calibre to have made such a statement, it is pertinent to note that he is very much aware of the effects of long neglect and resulting effects of not investing hugely in developing the youths via providing proper basic and fundamental educational perquisite that will enable them later fit into the position for which he then as a head of state promised to “step aside’’.

One can simply draw conclusions from his insincerity about returning governance to civilian rule then, it could be he had foreseen and hatched his plan right from the onset by making sure his infamous dictatorial regime never empowered the youths well and all rounded for them to grow up with a sound mind capable of assuming leadership positions in the nearest future so that they will still remain irrelevant for their likes to always stage a comeback to leadership which they, the ruling class have by their past ignoble actions rendered the Nigerian Youths as unfit to assume?

I really find it disturbing today that our youths are easily bamboozled by cheap government propaganda that the opposition has always nursed the idea of making the country ungovernable for the present administration therefore it has resulted to inciting and instigating terrorism against the state. I would agree that some people have made some inflammatory statements in the past which to me has been blown out of proportion and contorted with lies just to buttress their intolerance towards criticism.

What I, do really seek to vent my anger about is not in any way trying to support those who have been clandestinely rendering support to the cause of rising in arms against the state. But as a concerned citizen of my beloved country which I have grown to see deteriorate in terms of governance and the government not been held responsible to account for her deeds and leadership ineptitude.

If we all begin to hold each and every of our leaders in authority to account for their stewardship in their various capacities then I think, we will be on the path to greatness.

The primary onus of any government is to cater for her citizens by ensuring and guaranteeing their fundamental and sacred rights to live and be protected by every necessary means is upheld; since it is expected that the state is in control of all security apparatus needed to ensure that.

We all agree that our security agencies with their personnel are not super human’ which definitely means they cannot guarantee total security for all to cover our vast country  but there’s a limit to which such incessant attacks should be allowed to take place.

If it has occurred once in the past due to sometimes unprofessionalism in tackling such cases then the government is expected to take proactive measures to counter ensuing ones by taking more bold steps in building preventive measures and checkmating her lapses where by incompetent and no result producing personnel are shown the way out.

We surely cannot achieve results or conquer the myriad of anti-developmental problems by always been sentimental and refusing to question our leaders about their actions or inactions that often have grave consequences on us. We cannot continue to condone lack of accountability, we cannot continue to watch and pray for God to come down from heaven and help us, we cannot continue to remain silent because of ethnic, religious or regional affiliation with incompetent and weak leaders therefore we cannot criticize, blame or hold them for mismanagement of our resources.

For any leader to command good followership, he must be sincerely seen to meet up with the yearnings and aspirations of his followers for a better life far from what they have been used to.

A leader has the task to build confidence and rekindle the burning flame of hope in the citizens.

A leader cannot be seen as lacking the foresight to tackle and bring to a standstill the persistent killing of innocent civilians.

A leader needs to be sensitive to our collective plight; a leader needs to stand out as a rallying point of unification of our country not segregation and promotion of division.
A leader we the youths can be proud of that is committed to protecting and empowering us, we will all rise up in defence of his policies if they are truly seen and felt to be uplifting and changing lives.

For some of us, it has become a moral burden for us to speak out in the face of tyrannical misrule for in the words of Martin Luther (1483-1546), who said: “our lives begin to end the day we become silent about things that really matter’’.

The choice is ours to remain silent in affirmation that we are comfortable and safe with the precarious way of life we live here or speak against the wrongs we see about the system that is saddled with the responsibility of making lives better for us, a responsibility which it has woefully failed.
On a final note, To Whom It May Concern, when you find my political post annoying – I find your ignorance in the matter appalling and support of tyrannical politicians offensive to my sense of rational and unbiased judgement.