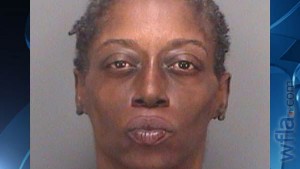 Tasha Trotter, 40, has been charged with first-degree murder in the stabbing death of her 4-year-old son Joseph Artis, reports WFLA.com.

Officers quickly learned from the child’s grandmother, Carolyn Trotter, who is the legal guardian, that Tasha Trotter had been responsible for stabbing the child and she was quickly taken into custody without incident. Tasha Trotter is charged with first-degree murder.

Police say Trotter’s mother has had custody of the boy for the past three years.  Detectives say Trotter was apparently waiting on the front porch of the apartment when the grandmother arrived home with Joseph, possibly coming home from picking him up from daycare.

The grandmother reported that Trotter appeared to be acting odd and has history of some mental health problems. Then for reasons unknown and without provocation, police say Trotter suddenly grabbed a knife from the kitchen and then quickly proceeded to another room where Joseph was and began stabbing him repeatedly.

The grandmother tried to intervene without success and the relative ran outside to get help.

Neighbor, Stephanie Brown says she saw the little boy, lifeless, on the ground.

“When I got there cried, and I had to leave because I couldn’t understand why a bunch of people were standing out here, making like this was a game, everybody was showing up like this was a party,” she said.