One person was on Monday evening reported dead at Tanke Area of Ilorin, Kwara State in a brawl that broke out during a movie shooting. 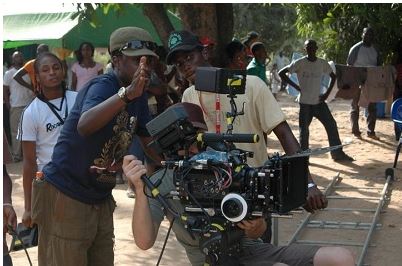 The State Commissioner of Police, Ambrose Aisabo, who confirmed this on Tuesday, said several others sustained injuries during the pandemonium.

According to him, some suspected street urchins confronted the police when they tried to stop a clash between locals and a movie shooting group.

The commissioner said a free for all ensued when the suspected hoodlums accosted a team of film producing company.

Aisabo said one of the suspects, who wielded cutlasses and other dangerous weapons, died on the spot when he was hit by the police bullet.

He noted that his men had no choice than to release the shot when the atmosphere became tense.

A witness, Halima Ibrahim, a tailor by profession, said the movie company were in the area to shoot a scene of a new movie when the hoodlums demanded for land charges, called ‘owo ile’.

She said the company’s refusal led to the destruction of their movie production gadgets by the hoodlums.

The commissioner explained that the police officers were overpowered by the hoodlums, which necessitated reinforcement by the command.

Aisabo assured that they would leave no stones unturned in ensuring relative peace in the state.