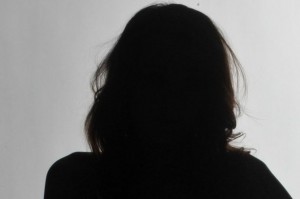 A girl of nine feared her mum had abandoned her for good when she was left home alone for six days without enough food, heating or lighting.

The mother told the child to skip school while she visited her boyfriend for three days. But she stayed away for another three.

The youngster was forbidden from answering the door or telephone during her six-day ordeal.

The mother, from Leeds, West Yorks., who cannot be named for legal reasons, only left the child enough microwave meals to last three days after she decided to extend her stay with her new partner in Manchester in May last year.

Leeds Crown Court heard she failed to tell her daughter and the girl feared she had been abandoned forever when her mother, in her 20s, did not return home on time.

Robert Young, prosecuting, said the girl had been ordered to stay inside and play video games at their home.

But after three days the gas and electricity were cut off and she had to live on fruit, crackers and cereal after her meals ran out.

Mr Young said: “When the defendant returned to the property some six days later she then told the child: ‘Don’t you dare tell anyone. If you do, you know what will happen’.”

The court heard the offences came to light through a combination of the child’s school and her grandmother talking to each other.

The mother pleaded guilty to one offence of child cruelty.

The court heard the girl was now living with her grandmother but did have some contact with her mother.

Judge Penelope Belcher told the mother: “You put above the interests of a child your own interests.

“On your return she expressed her fear to you that you were never coming back.

“This child must have been terrified in that house.

“She complied with your instructions because as her mother she trusted you – she loved you.

She was given a 24-week prison sentence, suspended for 12 months.

She was also made the subject of an designed to address her offending.