Home Lifestyle Must Read: Taking Lots of Selfies Is Not An Addiction But A...
Facebook
Twitter
WhatsApp

Do you take alot of selfies? Then you just may just have Body Dysmorphic Disorder (BDD).

‘Two out of three of all the patients who come to see me with Body Dysmorphic Disorder (BDD) since the rise of camera phones have a compulsion to repeatedly take and post selfies on social media sites.Taking Selfies is not an addiction – it’s a symptom of Body Dysmorphic Disorder that involves checking one’s appearance.’Cognitive behavioural therapy is used to help patients moderate their behaviour.Selfie fans with BDD can spend hours trying to take pictures that do not show any defects or flaws in their appearance, which they are very aware of but which might be unnoticeable to others.Often, people who take selfies take several photographs until they find their best angle or pose, but picking out small details can make people very self-conscious about the tiniest of ‘flaws’.

Dr Pamela Rutledge believes Preoccupation with selfies can be a visible indicator of a young person with a lack of confidence or sense of self that might make him or her a victim of other problems as well.’She believes that excessive or provocative taking of selfies is a form of ‘acting out’ in young people and can be a cry for help.

Another doctor in Thailand believes that as more people take selfies regularly, an increasing number of individuals could have confidence-related mental health issues in the future. 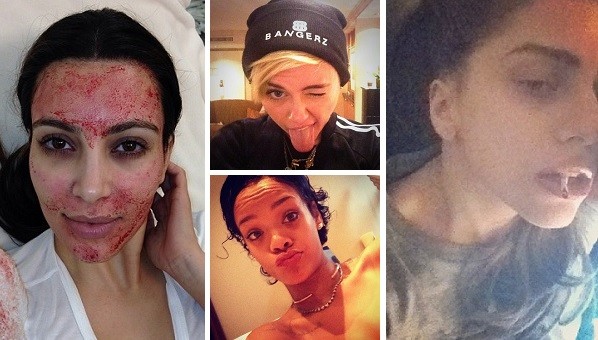