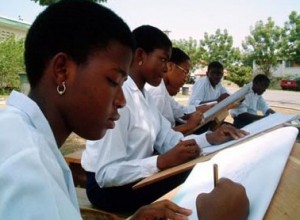 Announcing the release of the results in Minna, base of the examination body, registrar of NECO, Prof. Promise Okpalla said that out of 51,759 who sat for the examination 31, 201 candidates scored credits in Mathematics.

According to reports monitored by the News Agency of Nigeria (NAN), Okpalla said 28,113 candidates, representing 48.7 per cent of the candidates scored credit in English Language.

He said that Zamfara recorded the highest cases of malpractice in the examination, with 6.14 per cent and was followed by Imo with 5.28 per cent.

The registrar noted that there had been improvement in NECO results in the last three years, a condition he attributed to its collaboration with stakeholders and security agents, especially the Nigeria Security and Civil Defence Corps.

Okpalla said that the council fared well in the conduct of the examination in spite of challenges it faced. He therefore called for sustained cooperation from the public and stakeholders.

He stressed that the council had maintained zero-tolerance for examination malpractice “through the adoption of effective quality control measures.”

Also speaking, Chairman of NECO Board, Dr Paddy Njoku, commended the council for the painstaking manner it was conducting its activities.

He urged every stakeholder in the education sector not to rest on their oars until cases of examination malpractice in the country were reduced.