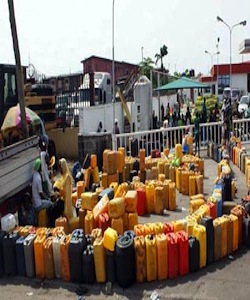 The management of the Nigerian Jiquefied Natural Gas Limited (NLNG) has expressed commitment to supporting Federal Government’s efforts to get more Nigerians to switch to cooking gas by making the product available for consumption, as getting kerosene for households in Nigeria becomes a real struggle.

Managing Director, NLNG, Mr. Babs Omotowa disclosed this in Abuja, saying that the company is more determined than ever, to ameliorate the difficulties Nigerians were facing in accessing liquefied petroleum gas, LPG also known as cooking gas.

According to him, the use of cooking gas placed Nigerians at better advantages than the continued use of firewood and kerosene, alternatives that have grave environmental and health consequences.

“In addition to ameliorating the difficulties Nigerians are having with LPG, NLNG commenced LPG distribution to the domestic market in 2007, and by that singular intervention brought down the price of cooking gas from N7,000 to N3,500 per 12.5 kg cylinder.

“We currently supply over 80 per cent of cooking gas, LPG, in Nigeria, and are increasing the volume to 250,000 metric tonnes per annum, MTA, representing 67 per cent increase. NLNG’s business has strong impact on key microeconomic variables and our contribution to the Goss Domestic Product, GDP rose to four percent in 2008,” Omotowa said.

Speaking further, the NLNG boss added that “Nigeria’s strength is that with 187 trillion cubic feet, TCF, of proven gas reserves and 600TCF of unproven gas reserves, Nigeria has more than enough gas for both our domestic and export needs.”

He noted that all our domestic power and petrochemical needs with all the expected exports from Brass LNG, OKLNG, come to less than 187tcf; yet we still have 600tcf unproven reserves.

“To further illustrate this, Australia with only 60% of our proven gas reserves, generate more than 40,000 megawatts power and is working to export 80,000mta, whereas all our three LNG plants will only come to 52,000mta with current plans,” he said.

“However, notwithstanding these historic achievements, we face significant challenges in the future, which we are already developing strategies to overcome. Internally, we face challenges of sustained feed gas supply as well as ageing plants and ships.

“Externally, the Shale Gas phenomenon and the expected start of mega LNG plants in Australia and East Africa, pose significant competition and threat to our business.

“As an insight into the extent of the threat, the huge unconventional shale gas discoveries in the USA, with over 100 years supply has led to the USA, who used to consume 10% of worldLNG, becoming an exporter.

“As a result, LNG price in the US, the Henry Hub, has fallen from $15/million British Thermal Unit, mmbtu, in 2005 to less than $4.50/mmbtu today. Along with Australia, East Africa, etc., these supply potential if all realised, may leave only a limited window of opportunity for LNG projects to remain robust. The challenge being that whilst demand may continue to grow, pricing is likely to become depressed due to supply slut.

“NLNG can stay profitable and continue to deliver excellent value to the country, if we are able to play the number game of volumes in the global market. Part of the next phase of our company’s strategic response to the growing competition is the addition of a seventh train.

“When achieved, this will enable NLNG to add some eight million metric tonnes to its current production capacity, and increase annual output to 30 million metric tonnes. This is potentially capable of monetising more of our gas, and yielding an estimated $3billion in additional revenues.

“More importantly, this will enable the creation of over 18,000 jobs during the construction phase, a deliverable that is in line with Mr President’s transformation agenda of creating jobs for the youths of the country,” Omotowa said.