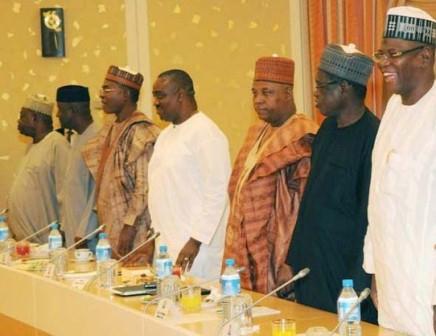 Governors of the 19 northern states have expressed shock and sadness at the killing of seven policemen and a civilian in a raid on Gwaram town, Jigawa State on Wednesday, calling on the perpetrators to stop the unwarranted attacks.

Speaking under the aegis of Northern States Governors Forum (NSGF), they expressed their deepest condolences to the families of the deceased as well as the police high command, saying whatever grudge the insurgents had, it was not enough to warrant such a dastardly act against law enforcement agents.

Chairman of the forum and Governor of Niger State, Dr. Mu’azu Babangida Aliyu, who made this known in a statement signed by his Chief Press Secretary, Danladi Ndayebo, also decried the killing of several farmers and destruction of property by suspected herdsmen in Wukari, Taraba State, describing it as one attack too many.

The statement called on security agencies to ensure that the perpetrators are caught and brought to justice, to prevent a reoccurrence, stressing that a situation where security personnel on whose shoulders lie the responsibility of protecting lives and property become easy targets for criminals, was unacceptable.

The statement further decried the incessant attacks on the police and other security agents, saying the nation cannot afford a situation where criminal elements will overwhelm state security apparatus.

The statement restated Northern Governors resolve to work closely with the federal government in the nation’s fight against terrorism and further assured citizens of their safety wherever they reside.

The Governors also prayed God to grant the souls of the deceased eternal rest and members of their families the fortitude to bear the loss.