The Katsina State Government, has revealed that they want 2.5 million children to be immunized by the next round of Polio immunization in the state. 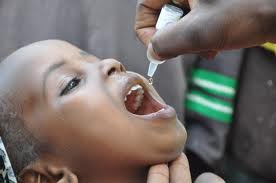 The next round will start by April 12 and the State Task Force Committee on Polio Eradication is making sure that there won’t be any kid left in the state without not immunized.

Chairman of the Task Force and Deputy Governor Alhaji Abdullahi Faskari made it known that the government isn’t taking Polio lightly and has taken steps to make sure its a success.

He said that the state has successfully not heard of any case of polio virus in the last 2 years, hailing the achievement as wonderful.

The deputy governor also thanked the efforts of religious and traditional elders who have helped reduced the number of rejections by encouraging parents to allow their kids get vaccinated.