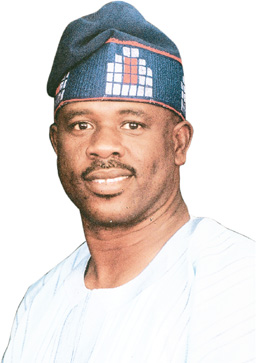 The Resident Electoral Commissioner in Ondo State, Mr. Akin Orebiyi, has clarified that his statement on the conduct of the Minister of State for Defence, Senator Musiliu Obanikoro, during the April 5 Ese-Odo/Ilaje by-election was in “the context of the malpractices generally perpetrated by political parties”.

In a statement he personally signed and issued to journalists on Thursday, Orebiyi denied saying that the minister “was in Ese-Odo/Ilaje Federal Constituency on Saturday April 5, and was seen going round disrupting the conduct of the election”.

According to him, “This statement is not true. What was meant simply was that the presence of the Honourable Minister (who had been in the constituency earlier and left before the election day) led to some agitated youths mistaken one of our Supervising Honourable Resident Electoral Commissioners for Hon. Minister and nearly lynched the said Hon. Commissioner on Sunday, April 16”.

The REC explained that the intention of his comment was to denounce the near-lynching of a colleague of his, who was mistaken for the minister and not to denigrate his (Obanikoro) person or imply that he was responsible for the mob action.

It would be recalled that Orebiyi, during a stakeholders meeting on Tuesday, berated political parties for their misconduct during the election and insinuated that Obanikoro, who is from Lagos State, was also involved in the breach of the electoral process.

His recanting might not be unconnected with reports that he was summoned to Abuja by his employers at the Independent National Electoral Commission (INEC), who felt embarrassed by Orebiyi’s daring accusation.