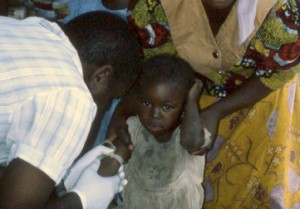 One person has been confirmed dead and five others lying critically ill, following the outbreak of Lassa fever in Plateau State.

Confirming the outbreak and the death of one victim, the Deputy Director, Epidemiology in the State Ministry of Health, Dr Raymond Juryit, said there are cases of suspected Lassa fever in the state and four of the infected persons are being treated at the Bingham University Teaching Hospital (BUTH), Jos, while one other is hospitalised at a hospital in Jingri, Bassa local government area of the state.

He also confirmed that one person died of the fever at BUTH.

Juryit added that the state government was taking necessary measures to prevent a spread of the outbreak and had already taken specimens for confirmation.

Lassa Fever causes symptoms in its victims that are similar to the Ebola Virus, but the fatality rate is considerably lower.

Rats and other rodents are often blamed for transmitting the Lassa Virus, as they spread the disease through their faeces and urine. The rodent urine can often coat the sleeping and eating surfaces of those rural and poor areas where the rodents run rampant among the homes and streets. People will often contract the virus without any symptoms, but still pass it onto other people through their saliva on drinking cups and other surfaces.