The reports of Nigerian musical duo, PSquare, breaking up which went viral some days ago appears to have been finally put to rest. 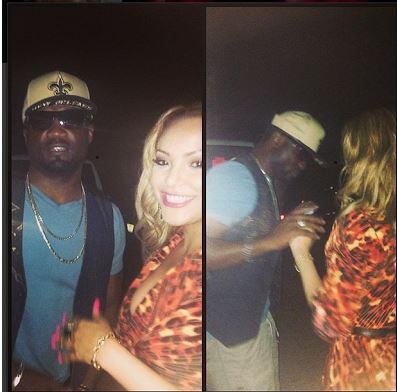 Since their rift, the Okoyes, Jude and Psquare, haven’t been spotted together – however, they made their first public appearance last night.

The twin brother were photographed having fun together with some of their friends at their regular joint in Lagos.

Below are some of their photos:

It could be recalled that the twin brothers elder brother/manager, Jude Okoye, who initially posted a twitter message some days about him being done after 10 years of hard work, took to twitter on Friday to post another message.

But this time a positive one which gave their fans hope that everything has been resolved between the Okoye brothers.

Also, reports said Peter Okoye gave a condition for peace, saying his wife, Lola, must be accepted and respected by the family or he would isolate the family.

We hope everybody involved in the misunderstanding has buried their hatchet and would let sleeping dog lies.

What their numerous fans expect from them is good music.