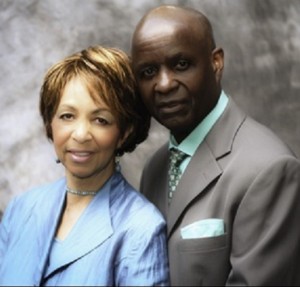 When Bishop Bobby Davis (pictured) stood behind his Miracle Faith World Outreach Church in Bridgeport, Ct. pulpit last Sunday to allegedly confess his infidelity to his congregation, he suddenly keeled over and died during the overwhelming chants of forgiveness from sympathetic church members, according to Christian Post.

Davis, who had been pastor of the popular Bridgeport church since 1967, was rushed to a nearby hospital and pronounced dead; the cause is still unknown and an autopsy is pending.

The pastor, who was also a certified marriage and family therapist with a doctorate degree in ministry and a Master’s degree in theological studies, celebrated his 50th wedding anniversary with his wife, Christine, last June. Together, they founded their present church.

Reportedly, the bishop did not decide to come clean to his congregants of his own fruition; instead, his wife insisted he confess his shortcomings to his faithful followers, after he broke the news to her.

According to congregant Judy Stovall, who spoke to the Christian Post after the church service, Davis and his family asked the congregants to remain because he needed to confess something in his life that had taken place a while ago.  ”He wanted to come clean with all of us. He wanted to ask our forgiveness,” Stovall told the news outlet.

During Davis’ alleged infidelity confession, his own children, who apparently did not know about their dad’s transgression, reportedly reacted violently toward him.  According to an unnamed source who spoke to the Christian Post,  ”Apparently, it was his family members who reacted out in anger, from what I understand. It was not the congregation,” the source noted.  ”It got physical. One of the sons attacked him. I was told one of the daughters poured water on him. It was like something out of — not even like the Old Testament — but a bad reality TV show,” said the source. “My heart is so devastated because it could have been handled in a private manner.”

Meanwhile the congregants, on the other hand, were shouting sympathetic phrases of forgiveness to the pastor who appeared overwhelmed by the outpouring of love from his church-goers, according to Stovall.  ”We were shouting, `We forgive you; we love you,’ but the stress of all of it — he had a heart attack,” Stovall told the newspaper.   After Davis unexpectedly passed out, Stovall said,”I held his head as he lay on the floor…. Our congregation is hurting now.”

Police were summoned to investigate the Davis case and have interviewed scores of witnesses.

What are your thoughts?