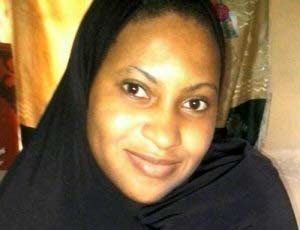 Miss Charity Uzoechina, the 26-year-old daughter of Pastor Raymond Uzoechina, who changed her name to Aishat, upon her conversion to Islam last year, is set to wed.

Miss Uzoechina, a student of the Federal Polytechnic, Bida, Niger State, made news headlines, when her conversion to Islam on February 13, 2013, angered her Christian family and sparked a religious debate in the country.

Uncertain of her safety, she dropped out from school and approached a Sharia court in Niger State, seeking protection from her parents, who resided in Suleja.

The court asked the Etsu Nupe, Alhaji Yahaya Abubakar, the spiritual and political head of the Bida emirate in North-Central Nigeria, to take her into custody.

Announcing the news of Aishat’s forthcoming wedding, the Executive Director of Muslim Rights Concern, MURIC, Prof. Ishaq Akintola, whose organization has closely monitored the convert for months, said she would be marrying the lawyer who handled her case following the controversy that greeted her conversion to Islam.

Prof. Akintola, who lectures at the Lagos State University, in a message posted to a discussion forum moderated by MURIC, said that the wedding has been fixed for May 2.

His message reads as follows:

Remember Sister Aishat? She is the pastor’s daughter who reverted to Islam last year and the father raised hell in Niger State. MURIC has been monitoring her progress.

Guess who is the proposed husband? Barrister Tijani, the lawyer whom MURIC got to handle her case in court.

Isn’t this worth celebrating?”

However, he did not give details of the arrangement for Miss Uzoechina’s wedding ceremony.