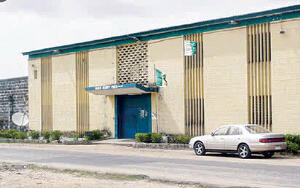 An armed squad from the Edo State Prisons Command on Friday foiled an attempt to free inmates being conveyed to the Oko Medium Prisons from court earlier in the day.

The Edo State Comptroller of Prisons, Mr Effiom Etowa, who disclosed this to journalists in Benin, added that the three suspects involved in the alleged crime were arrested.

He said one of the two vehicles used by the suspects was impounded, while the other escaped with the occupants.

The comptroller said the suspects had trailed the two Green Maria conveying the inmates from the court on Sapele Road to Airport road, when they were blocked from overtaking the green Maria vehicles.

He explained that the 18 inmates in the green Maria were high profile inmates, whose offences ranged from armed robbery to kidnapping.

“The two vehicles had been on the trail of the two green Maria vehicles and another backup vehicle that were being used to convey the inmates back to the prison from the court.

“Acting on suspicion of the vehicles, my armed squad team warned them to desist from following them but they kept on chasing our vehicles, even at the same speed.

“It was at this turn that my armed squad shot sporadically into the air to scare them but again, this didn’t deter them.

“My officers then had to find a way of blocking them and in the process, they apprehended one of the vehicles, while the other escaped.”

Etowas said the arrested suspects have been handed over to the Police for investigation.

He debunked claims that some inmates escaped in the operation. [NAN]