It seems top Nollywood actresses Ini Edo and Rita Dominic are at war and according to close friends, it has something to do with the governor of Akwa Ibom state, Godswill Akpabio. 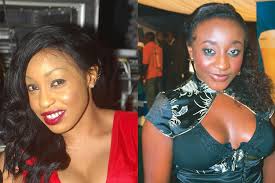 According to the report, before the Akwa Ibom state born actress, Ini Edo’s marriage to Phillip Ehiagwina, she was very close to Gov. Akpabio and she had free access to him.

He was also said to be dishing out lots of money to her. She was also the unofficial link person for Nollywood stars who trooped down to the state at every given opportunity, knowing that the  governor will surely fill their pockets and they were never disappointed.

The problem between the actresses began when Rita Dominic who Ini gave a link to the governor decided to play smart by always sneaking to Uyo, the state capital, without informing Ini and when she got to know about this, she took it out on Rita and the two have become enemies since then.

Also, Ini Edo is reportedly not ready to forgive Rita for betraying her.