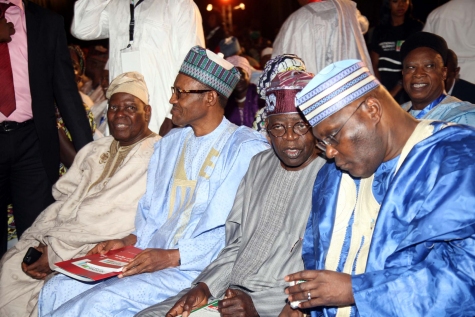 Presidential candidate of the defunct Action Congress of Nigeria (ACN) in the 2007 general elections, Malam Nuhu Ribadu, has described as personally insulting, rumors making the rounds that he has finalized plans to dump his party, the All Progressives Congress (APC).

His denouncement of the rumor came on the heels of the clarification by another chieftain of APC and former Aviation Minister, Chief Femi Fani-Kayode, who stated that despite his visit to President Goodluck Jonathan on Tuesday, he is still a bonafide member of the opposition party.

Ribadu, who was the pioneer chairman of the Economic and Financial Crimes Commission, EFCC, in a statement posted on his Facebook page, said the rumor that he was planning to leave the APC was being peddled by those who do not wish him or the party any good.

Explaining what he has been up to lately, the police officer turned politician said he has been in his home state of Adamawa helping out in the smooth conduct of APC ward congresses and other elections.

“There is no iota of truth in that malicious falsehood being peddled by persons who do not wish me and my great party any good”, he said.

Urging his supporters to disregard the rumor for what it is; cheap blackmail from mischievous persons, the former anti-graft boss said, “I am a committed member of APC and I have no reason to lose confidence in the party”.

Meanwhile, a former Vice President and chieftain of APC, Alhaji Atiku Abubakar has debunked speculations in the social media of disaffection and power wrangling within the fold of the biggest opposition party in the country, as according to him, “Our resolve for the sustenance of democratic principles remain steadfast and uncompromising”.