Controversial celebrity Cossy Orjiakor said she was robbed 2 days ago at the Orile area of Lagos. 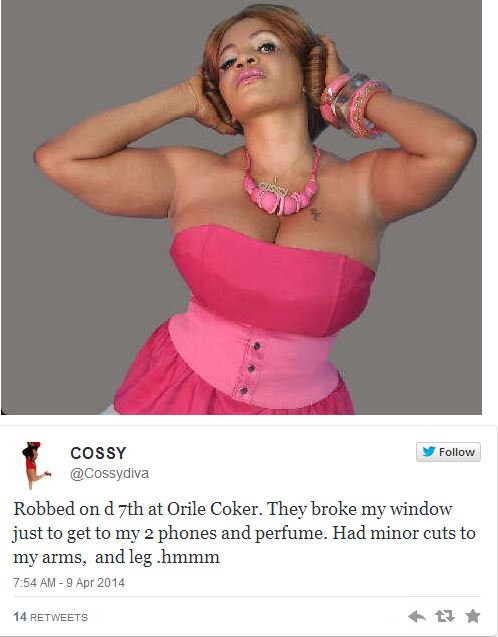 Not too long ago, she was involved in an accident where people accused her of over speeding.

Is it that Cossy loves the attention she’s getting from all these or she just loves being controversial?