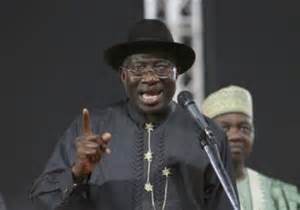 President Goodluck Ebele Jonathan has summoned members of the National Security Council to a meeting at the Presidential Villa, Abuja, on Thursday.

The meeting is coming on the heels of recent events and developments in the country.

According to a statement released on Wednesday by the Special Adviser to the President on Media and Publicity, Dr. Reuben Abati, Mr. Jonathan would chair the meeting that kicks off at 11am after which he would hold an enlarged meeting on security developments in the country to be attended by all the state governors by 1pm.

The statement reads in part: “President Jonathan, members of the National Security Council and the state governors will review the security situation in the country as well as ongoing national security measures and operations with a view to determining the best way forward.

“President Jonathan reassures all Nigerians and persons living in the country that the Federal Government remains very mindful of its responsibility for the safety of their lives and properties in all parts of Nigeria and will continue to do everything possible to protect them from the scourge of terrorism and insecurity.

“The President is particularly concerned about the plight of the young Senior Secondary School girls who were reportedly abducted from their school in Borno State on Monday night and has ordered the military and national security agencies to deploy maximum efforts towards rescuing all of the girls and returning them safely to their parents. He welcomes reports that the military and security agencies have already rescued some of the girls”.

According to Abati, the president deeply regrets the pain, sorrow and anguish brought upon many Nigerian families in recent days as a consequence of recurring security challenges which the nation is contending with.

The statement added that President Jonathan was convinced that with the patriotic commitment and support of all Nigerians, the country will ultimately overcome its present challenges and move forward in unity and strength.

“In this regard, President Jonathan will be pleased to see all politicians in the country exhibiting greater responsibility and patriotism by doing more to support his administration’s sincere efforts to enhance national security rather than trying to build political capital out of the pain and misery of their compatriots”, the statement concluded.