Home News Feed SEE Why This Woman Would Not Be Beheaded After Killing Her Employer’s...
Facebook
Twitter
WhatsApp

Satinah, 41, would now be let go after the Indonesian government has agreed to pay £1.1million ($2.1m) to the victim’s family.

It was gathered that the accused has been on death row in a Saudi Arabian prison since 2011 & has always claimed that she acted in self defence. 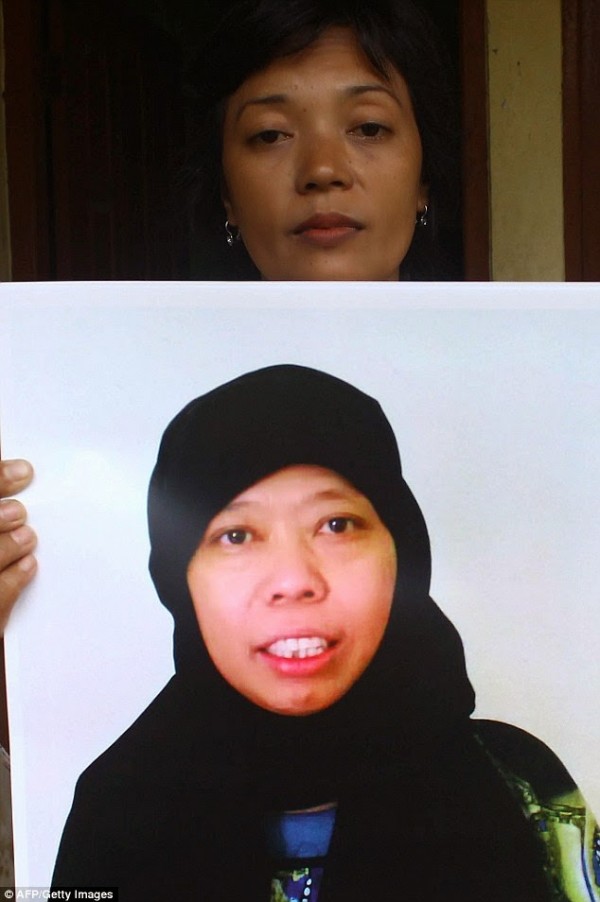 * Satinah, in the picture, escapes being beheaded after she allegedly killed her employer’s wife

The family of the murdered woman agreed to settle for seven million riyal in ‘blood money’ instead of the execution of Ms Ahmad, an acceptable exchange under Islamic sharia law.

The Indonesian government negotiated the payment down from the 10 million riyal which had been originally requested by the The al-Garib family in 2011.

‘We have agreed to give the victim’s family what they demanded,’ Indonesian coordinating minister for political, legal and security affairs Djoko Suyanto said.