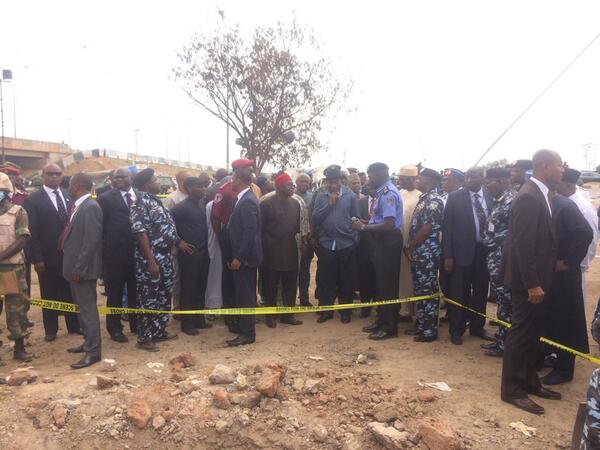 The senate committee on the Federal Capital Territory yesterday promised to make available adequate funds in the current fiscal year for the FCT Administration to make it provide enough Close Circuit Television (CCTV) cameras in all the motor parks in the city.

Chairman of the Committee, Senator Smart Adeyemi (PDP/Kogi) made this known in a parley with reporters after he led a team of other senators on a visit to the scene of Monday morning’s bomb blast in Nyanya, which left over 71 persons dead.

Adeyemi, who also visited the injured at the various hospitals where they are currently receiving treatment, described the incident as unfortunate and assured Nigerians that government would continue to do its best to secure their lives and property.

He said, “Abuja has been relatively safe in the last one year so to speak. It is unfortunate that this has happened. On our part we would look at the possibility of ensuring that now that we are still working on the FCT Statutory budget.

“We hope to make enough funding for security. We are going to ensure that virtually in all parks and commercial centres of the city would have cameras that can capture movement of people.

“Cameras that would be far above what people can tamper with. In essence we are going to ensure that good cameras are purchased. We are going to purchase CCTV’s that are of international standard that can really do the job for us.

“We must realise now that we are faced with a very serious problem. I sympathise with the families whose loved ones died in this blast. It is so painful. It is inexplicable. These are things that about a decade ago we read about happened in faraway nations of the world”.

The senator expressed concern that majority of those who died on Monday were Nigerians struggling to earn a living and could not afford three square meals.

He said, “I feel moved when I saw shoes and motorcycles. These were real people struggling to survive who have to die this way. My appeal to all those who may be involved in these attacks is to please have mercy on us and let us live in peace”.

The Chairman, Governing Council of the National Hospital, Abuja, Dr.Tony Okam, who also spoke with reporters, said “despite the tight environment, the staff have been doing their best”.

He also denied speculations that the hospital was over-stretched as a result of the blast.