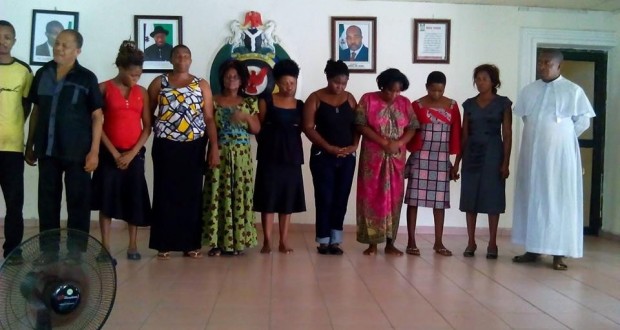 Officials of the Department of State Security (DSS) in Akwa Ibom State yesterday paraded a Catholic priest and 20 others for their alleged involvement in child theft.

The deputy director noted that over 60 children had been sold in the last eight months, adding that leader of the syndicate, Onyekedru, had lost count of the number of children he has sold off to members of the public.

According to Duke: “He (Onyekedru) usually operates in conjunction with agents, who liaise with government officials in children homes and maternity hospitals.

“The investigation took our men to Abia, Imo and Ebonyi states before they arrested some of the suspects. Over 20 children were rescued.

“Though some of the suspects are still at large, efforts are being intensified to ensure that they are all arrested”, he said.

The SSS boss advised parents to be wary of strange faces.