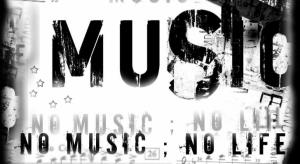 1. John Cage an American composer, composed a musical work in 1952 titled “4’33” and this musical work consisted of only four minutes and thirty three seconds of silence.

2. The longest rendering of a national anthem was performed by a German military band on February 9, 1909 at Rathenal Railway Station in Brandenburg, Germany.

King Edward VII was inside the train struggling to wear his German Field-Marshall uniform, so the band had to play the British National Anthem “God Save the King” 17 consecutive times.

4. The harmonica is the world’s best-selling musical instrument.

5. The longest hymn in the world is “Hora Novissima Tempora Pessima Sunt;Vigilemus” by Bernard of Cluny, it is 2,966 lines long.

6. Music can help reduce chronic pain by more than 20% and can alleviate depression by up to 25%.

8. Flowers can grow faster by listening to music.

9. Pop music is the shortened form of popular music. The term was coined in 1926.

10. Music is used in waiting rooms and when you are put on hold because it gives the illusion that less time has passed by.

12. You can learn a lot a out somebody by listening to a song that means a lot to them.

13. Cows give more milk when listening to music.

14. Memories triggered by music cause some of the strongest emotional response and can be very intense.

15. Listening to music can help you run faster and help get a better workout in the gym. It can help increase endurance by as much as 15%.

16. Music is as addictive to the brain as sex and drugs.

17. In 1978, Sweden’s most profitable export was the band ABBA. Car maker Volvo was number two.