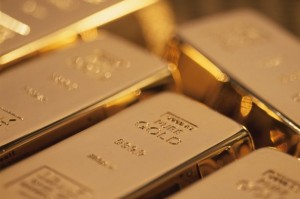 Surgeons were left stunned after finding 12 GOLD BARS in the stomach of a businessman.

The 63-year-old had been admitted to hospital after vomiting and having difficulty going to the toilet.

He said the reason for this was because he swallowed a bottle cap after arguing with his wife.

But when surgeons opened him up they found 12 bars of gold weighing 400g (14oz).

Doctors told the BBC that police and customs authorities swooped on the hospital ward and confiscated the loot.

The Indian government last year trebled the import duty on gold to control demand for the valuable metal.

He said: “This is the first time I have recovered gold from the stomach of a patient.

“I remember having taken out a bladder stone weighing 1kg from a patient.

“But finding gold in a patient’s stomach was something unbelievable.

“It was a tedious three-hour-long operation.

“He is an old patient and we had to be careful. We found 12 gold bars lying in a stack in his stomach.”