Some female teenagers came out before the priest at St. Theresa’s Catholic Church, Umushene, Umuida, Enugu Ezike in Enugu State to make shocking confessions of how they have used their spiritual powers to destroy the lives of men through sex. 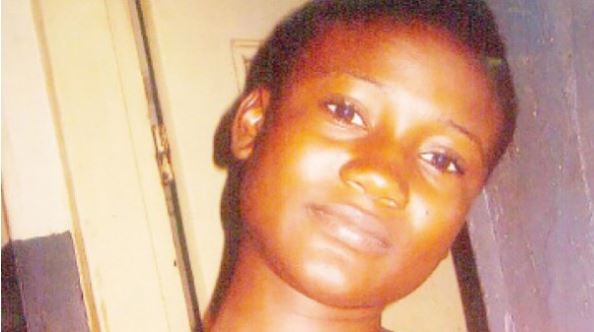 They made these confessions during a vigil organised by the Okunerere Catholic Adoration Ministries (OCAM) between Friday and last Saturday.

Teenage girls own up

She walked up to the stage accompanied by her mother. Her name is Nwafor Linda Ogochukwu from Udi Local Government Area of Enugu State. Clad in a sleeveless gown, she looked  every inch pretty. With the microphone in her hands, she confessed that she was a member of the Oceaner occultic group, a dreaded Ogbanje (mermaid) cult.

She claimed members of the group meet once every six months in Nsukka for strategizing and review of operations.  She said she has used the power given her in the occult world to destroy many young men, adding that any man that kisses her or had a sexual affair with her either dies afterwards or loses his manhood. The 15-year-old girl added that she had killed seven men so far.

“I am the princess of the kingdom who gives orders that must be obeyed. We live in the water and anyone that disobeys us must be punished with the same water we live in but this time the water will be turned to hot ashes which we pour on the offender.  Water is our happiness and our doom also. We command our members to go and cause accident, destroy unborn children and destinies.

“I was earlier born to Imo State parents but I died after six years and later came back to the world to another family in Nsukka. We are five in number existing in planet earth and have wreaked untold havoc. I was supposed to have died again in May 2013 but I kept postponing my death at a great risk because of the love I have for mummy and my boyfriend,” she confessed.

Another teenager, Chizoba Ossai from Umuopu community, Enugu Ezike, also stepped forward to recount how he has been having sex with fellow men through evil powers and collected their manhood in the process.

Chizoba, who had bruises all over his face, injuries inflicted on him by angry mob that caught him recently in his unholy act, confessed that he uses evil powers to hypnotize his victims after preaching the word of God to them.

“Our cult family operates from Nkisi River in Onitsha and I got initiated through swimming. If the spirit enters me, I will lose control of myself and will walk straight to any man around me, preach to him the word of God and the man will lose his senses, thereby allowing me to have my way.  I will use him and collect his manhood in the process and has so far collected from eight men.

The confession of a small boy, aged about six, shocked the gathering. According to the boy identified as Kingsley who hails from Imilike Ani in Enugu State and a pupil at Imilike Ani Primary School, he had killed nine persons, including his mother, and also made his father perpetually poor.

“We are about 22 but our leader is dead. We have killed nine, including my mother, whom I was directed to bring. I killed her when I gave her the biscuit given to us by our leader”, he added.

When Fr. Obayi asked him how he made his step mother’s six children not to marry, the little boy brought out six pieces of stick which he tied together with a rope and told the shocked worshippers that after tying them together, he took it to their leader and they performed rituals on it and since then, nobody has ever come forward to seek the girls’ hands in marriage.

He equally admitted making his own brother a dwarf, adding: “I brought out a lizard and placed a block on it which means that the boy cannot grow up.”

His step mother in tears narrated to the bewildered audience how nothing moves in their home since the boy came to live with them following his mother’s death.

Fr. Obayi later prayed for all of them and warned them of the consequences of returning to their old wicked ways.

Efforts to speak with Fr Obayi after the service and days later failed until one of his personal assistants, Macson Justice Nwasike was contacted to help.  When he eventually granted Saturday Sun audience,  the cleric was confronted with the issue of proliferation of miracle centres and staged-managed deliverance in some churches. He simply dismissed such people and declared: “By their fruits, we shall know them”.

“Anything that is not real cannot last and will be exposed in the future. Something that is real will always be real for ever. I have heard cases like that but I know that where there is real, there is also fake but I urge people never to forge or stage-manage miracles because it doesn’t give God glory. Man does not compel God to do miracles and He is angry about those who use His name to manipulate things”, he added.

In a brief remark, Macson Justice advised Christians to pray for ministers of God engaged in deliverance activities because they are often the targets of the devil. He noted that God has used Fr. Obayi to liberate strongholds in the area but it has not been easy. He gave an instance on how four deadly snakes suddenly invaded the adoration ground on a Tuesday afternoon during consultation.

Asides the female teenagers, another young boy who also sought forgiveness from God told how he killed his own mother along with eight others, turned his brother to a dwarf and prevented his elder sister from getting a man to marry her through the power of witchcraft.