A ten-month old baby boy, suffering from autism, was on Friday, abandoned by his mother, within the premises of Alausa Secretariat, seat of the Lagos state government. 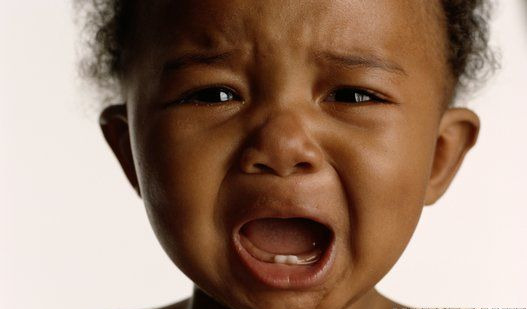 The baby, was abandoned on the bare floor, beside the Bagauda Kaltho Press Centre, a stone throw from the Round House, office of the Deputy Governor of the state.

The mother of the baby was nowhere to be found as at 3pm, when a passerby discovered the sleeping baby beside the rear tyre of a car, parked under a tree.

The Good Samaritan, on sighting the baby on the floor, took pity and made attempt to find a cloth, which she put the baby on.

She thereafter, alerted one of the officers in charge of the Press Centre who immediately informed the office of the Women Affairs and Poverty Alleviation (WAPA), the ministry in charge of such cases.

The baby was in deep sleep, obviously drugged by his mother to prevent him from crying.

Concerned staff of the state government, who were shocked by the sight of the baby, could not fathom how the mother could have successfully walked into the premises of the Alausa secretariat; abandon her baby and escape, despite the presence of Close Circuit Television (CCTV) cameras, placed in strategic places within the premises.

Officers of the Ministry of WAPA, a few minutes later, arrived and took custody of the baby.

Speaking on behalf of the state government, , Director, Child Development Department of the Ministry of WAPA,  Mrs. Alaba Fadiaro said the child will be put in the state’s special home centre in Ketu, assuring that adequate care will be given to him to ensure he is comfortable and healthy.

Fadiaro, however frowned at the decision of the mother to abandon her baby, saying that the state government runs a home where such babies are catered for and given the best of care.

“Every child needs a home, every child wants a mother and a father in her life, I don’t know why the mother of this child should abandon him. There are some provisions where you can take your child in Lagos state on a daily basis where he could receive care free of charge and people have been benefitting from this service. Nobody knows what can become of this child tomorrow; I know government, because we are very sensitive and passionate about issues of children in the state.
“I can assure you that the child will go to a convenient and comfortable home where he will be treated, where there are professionals there that would take him up and work on him,” Fadiaro assured.

She urged mothers with children suffering from Down syndrome to approach the state government or visit its facilities, stressing that such children could turn out to be skilled in one aspect or the other if given special care and attention.

“Our special home is in Ketu, with professionals there who manage such conditions, so the child will go there and will benefit from the facilities available. Mothers who have such children should know that abandonment is not the right attitude; there is always ability in disability. I know that if the necessary facilities are in place, these children will thrive and become something.

“I want to advice such mothers to come forward, opportunities are there for their children on a daily basis to have the care and then go home, every child needs the bond of their biological mothers. So when they come, it’s like a day school run for them, they are taken care of in the day and then in the evening, they can take them home. The mother who abandoned this boy perhaps did not know where to go, but that is not the best option,” she added.