The Sultan of Sokoto, Alhaji Sa’ad Abubakar, led Jama’atu Nasril Islam on Monday in Kaduna raised the alarm that the Nigerian Army was out to wipe out the entire Muslims in the  name of fighting terrorism in the land. 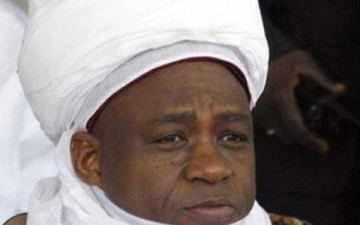 The JNI insisted that the Nigerian Muslims, especially in some Northern parts of the country, were now considered an endangered species, expressing concern over  the dimension of extra-judicial killing of Muslims  in the country.

The Secretary-General of the JNI, Dr. Khalid  Aliyu, in a statement on behalf of the religious body in Kaduna on Monday  also noted with sadness  the incident of Keana 15 in Narasarawa state where innocent Muslims were mercilessly massacred.

According to the JNI, the various cases of massacre of Muslims by the military in Borno, Adamawa and Yobe states  under the guise of fighting terrorism were unacceptable.

The JNI said, “the dimension of extrajudicial killing of Muslims by the military on unsubstantiated suspicion leaves much to be desired, which clearly depicts that Muslims have become an endangered species, murdered and maimed indiscriminately under the guise of fighting terrorism.

“An event where vigilance personnel working to restore peace would be the subject of a grand massacre, tells much about the chaos and insecurity some enemies want to push our states into. We call on all our governors, politicians and indeed every well-meaning citizens to do something before it gets out of hand.”

“The military should know that it is extremely dangerous to polarise security agencies along religious line. It will have far-reaching negative effect on the country, especially at this material time, when the efforts of all are required to cushion the effect of the pains we are passing through.

“JNI unequivocally condemns the extrajudicial killing of 15 Fulani Muslims in Keana, the raping and subsequent killing of Binta Usman, the milk maid and all the human rights abuses on innocent Muslims in Maidugri.

“We strongly call for the bringing to justice of the perpetrators of transgression against innocent citizens who have the right to practise the religion they choose.”

However, efforts to get the reaction of the Nigerian Army spokesman, Maj.-Gen. Chris Olukolade, were unsuccessful as his telephone lines were not reachable.