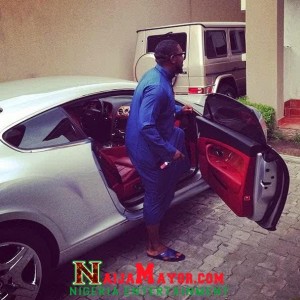 Alfred Enetimi Odom aka Timaya aka Dem Mama Soldier has added a little class and money to his automobile garage.

He just got himself a brand new Bentley car that runs into millions.

The South based musician, who is currently in America for various shows was said to have paid millions of Naira for the car.

The rumor around though, is that Timaya bought the Bentley to show off to Duncan Mighty his main competitor in the South South that he is far ahead in luxury.

It would be recalled that Duncan Mighty was said to have sponsored a fake report that he bought a Bentley but later denied it, but Timaya’s is for real.