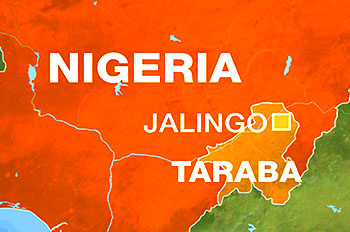 Leaders of Tiv, Fulani, Jukun and Hausa communities in Taraba, have signed a peace agreement on behalf of their people to end violence and foster development.

This is contained in a communiqué issued on Saturday in Jalingo at the end of a peace meeting.

The News Agency of Nigeria (NAN) reports that the meeting was presided over by Mr Michael Zuokumor, DIG in charge of Operations and leader, Presidential Peace Committee.

The communiqué stated that representatives of the four ethnic groups in four local government areas of Wukari, Ibi, Donga and Takum met and resolved to end violence.

It stated: “The Fulani and Tiv agreed to immediate cessation of hostilities.

“They said they are ready to embrace peace and no party should carry out any attack on the other no matter the provocation.

“The meeting appealed to the government of Taraba to facilitate the return of Tiv and Fulani who fled the area to their respective places of abode to enable them continue their farming and cattle rearing activities.

“The Fulani should henceforth stop invading, killing, burning houses and destroying crops and other economic trees belonging to the Tiv people”.

The communiqué stated that farmers agreed to assist to put an end to cattle rustling in order to maintain peaceful coexistence.

It said that a joint task force comprising of Tiv, Fulani, Jukun and Hausa youths should be established by the government in the four local government areas.

The meeting requested that the Mobile Police Barrack in Akwana, Wukari should be completed and occupied by Mobile police personnel to ensure security in the areas.