9ice ex wife, Toni Payne is standing up for Lola Omotayo Okoye this time amidst the rumours that she is behind Psquare’s fight/split.

Toni has assumed the role of defending women who are wrongly abused perhaps based on the sad incidence that occurred when she had issues with with her ex hubby, 9ice. She says the many rumours had a part to play with her marriage ending……

Toni Payne aired her views on twitter supporting Lola because she says she knows what it feels like to be wrongly accused.. 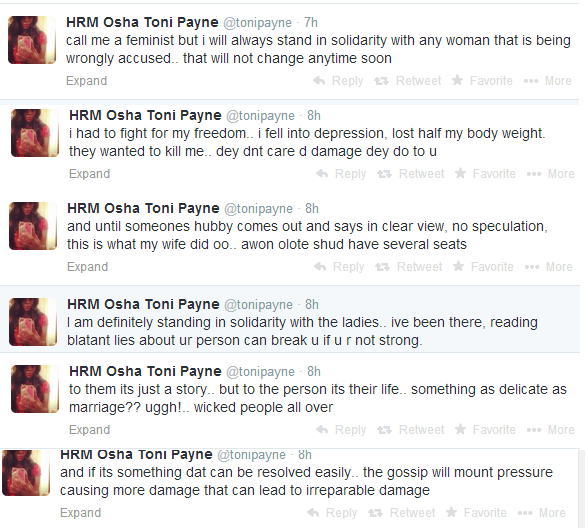