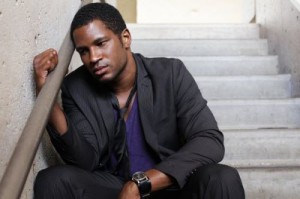 Sure, he loves you and all that jazz. But a few things you do/say could irritate the hell out of him. Here’s what you’d like to put on your not-to-do-list.

Turn on, turn off: No man likes to be left with a hard-on. It definitely has something to do with the male and female body being built differently. The fact that he’s sexually excited is much more apparent, and you leaving him high and dry can make him feel like a complete fool. One of the worst things you can do is to play the tease to perfection and suddenly turn away and talk about/do something totally unrelated to sex.

Spill the (sex) beans: He isn’t too likely to appreciate you sharing bedroom talk with your gal pals. Even we’re talking *just* one best friend. Remember, almost everyone confides in at least one person. She may pass the info to her partner, who may casually mention it to a buddy. It won’t be long before your sex life gets discussed among a handful of curious cats, making the two of you the target of knowing smirks, grins and nudges.

Pointless questions: What’s the point of asking questions such as “Do I look fat?” or “Does this outfit look good on me?” Would you even be okay with him answering the former in the affirmative and the latter in the negative? Save your breath, gal. And save him the sighs.

Talk, talk, talk: This may sound sexist, but sometimes we women simply talk too much. Half the time, we’re just thinking aloud, venting out to our feelings or channelising some dormant energy. But you can’t expect the average man to get that. If he’s averse to your need to gab, simply do so in another space or when he’s not around.

Contradictory tendencies: With the so-called equality of the sexes being the norm, men hate it when gals blab about women’s lib but expect him to open doors, pull out chairs, settle bills and play Santa all the time. Stop being a hypocrite. Put yourself in his place, to put him on the receiving end from time to time

Future obsessions: Most men are instinctively commitment-phobic, even those who insist that they’re anything but. It’s probably got something to do with the way they’re wired. If you find yourself asking the nagging: “Where is this relationship going?” question rephrased in all the possible ways, and think his reactions are going from bad to worse, drop the question. Or the man.