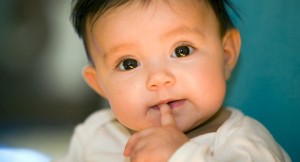 A 12-year-old schoolgirl and her 13-year-old boyfriend have become the youngest parents in the UK, after they brought a baby girl into the world.

The girl, who is 12-years-old, recently gave birth to the newborn girl weighing 3.1 kilograms.

UK media reports she first fell pregnant at age 11, while she was still at primary school.

She is now in Year 7 in high school. Her boyfriend is currently in Year 9.

She struck up a relationship with her boyfriend who lives near her in north London.

The parents, who cannot be identified for legal reasons, have the lowest combined age of any parents in UK history.

A source close to the family said the young parents were “totally in love” and plan to bring up their newborn daughter together.

A source told The Sun: “Both sets of grandparents are incredibly supportive. It’s a very difficult situation because the parents are both so young — but their families are right behind them.”

“They’re very into each other, totally in love. She is obsessed with him. She sees this as true love. They want to get married.”

The young mother, who lives with her mother, hopes to return to school in September.