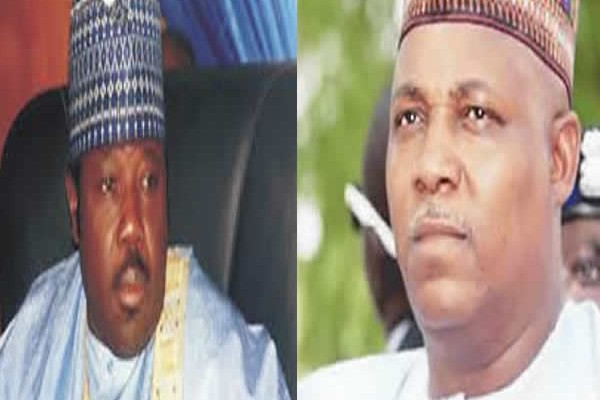 Borno State Governor, Alhaji Kashim Shettima announced on Thursday that he had reconciled his differences with his predecessor, Senator Ali Modu Sheriff, in the interest of the State and their party, the All Progressives Congress.

Shettima disclosed this shortly after an APC stakeholders meeting they attended in Maiduguri, the Borno capital.

He said, “I want to announce that we have resolved to bury our differences as a family, the interest of our great party, the APC and the people.

“The APC is a big family and quarrels or disagreements are inevitable in any human endeavour.

“I want to assure you that we have decided to bury our hatchet and come together as a team from now on.

“By the grace of God, this is the last time you will hear of any inter party squabbles among members of APC in Borno”.

He assured that all members of the party would forge a common front toward winning the 2015 general elections.

On his part, Sheriff, popularly referred to as SAS, said the problem was created by mischief makers, who he accused of spreading rumours among the party members.

He said, “I don’t have any problem with the governor, because I have lots of respect for him.

“I have never discussed the issue of replacing him as the APC governorship candidate for the 2015 polls as being rumoured.

“I do not need to control the party at the state level because it is not my role”, he added.

The former governor said a committee had been set up under the chairmanship of Shettima, to conduct APC congresses in places where the events were marred by crises.

Information Nigeria reports that the disagreement between the two leaders of the party had posed a stumbling block to the conduct of APC ward congress in many parts of the state.