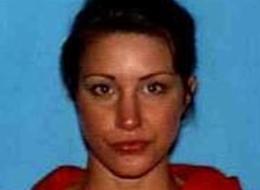 Authorities said that a Northern California woman, who was struck and killed by a train while on a jog Wednesday afternoon,didn’t hear an approaching freighter because of her headphones.

Janaki Rose Hayes, 27, was “wearing headphones that fully covered her ears while listening to loud music” when a freight train ran her down on westbound rails in Truckee, police said in a statement.

The train operators, who were traveling west from Sparks, Nev., to Roseville, saw the victim in their path, sounded the horn extensively, slowed the train and did what they could to avoid striking her, authorities said.

“It appears the train operators did not contribute to this accident and did all they could to avoid it,” police told the Union.

Truckee police investigators have determined the death to be a tragic accident, but are asking any witnesses to contact them.

Authorities noted that it is illegal for anyone to walk on or cross railroad tracks, and said that there is a pedestrian bridge nearby that allows people to cross safely.