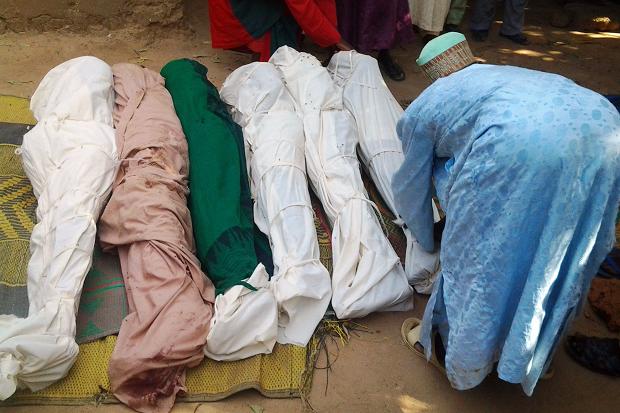 The Zamfara State Government has donated N12 million cash and foodstuff to families of victims of the April 3 attack on Garin Maitsaba and Birnin Tsaba villages of the state. Each of the families of the dead victims will get N300, 000 each.

A total of 23 people and many animals were killed during the attack by unknown gunmen, which also resulted in the burning down of houses, shops and granaries.

The attack is separate from that of Yar Galadima Village, Maru Local Government, which occurred on April; after which 112 people were buried on Sunday.

Musa Kwatarkwashi, the Special Adviser to Governor Abdul’Aziz Yari on Emergency Management, handed out the donation to the beneficiaries on Thursday at Maitsaba Village in Zurmi Local Government.

He said each of the affected families of the deceased would receive N300, 000 and six bags of assorted foodstuff, while those whose granaries were burnt would each get N100, 000; and shop owners, N50, 000 each .

Also speaking, Atiku Maradun, the Executive Secretary, State Emergency Management Agency (SEMA), called on the villagers to remain calm and regard the incident as an act of God.

Mr. Maradun assured people in the state that the government would continue to provide prompt emergency services whenever required.

Responding, the Chairman of the local council, Abdullahi Bore, commended the state government for the gesture and urged the people to continue to pray for peace in the area, the state and the country.