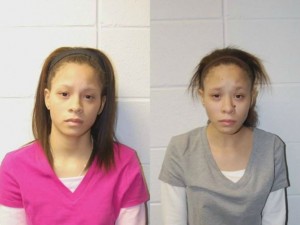 It was almost exactly four years after the murder. The once fragile-looking 16-year-old twins — now aged and hardened by incarceration — give police yet another version of the story. Only this time, it’s not another denial. It’s a confession.

Jasmiyah and Tasimyah Whitehead are serving 30-year prison sentences after confessing to the brutal murder of their mother.

“My state of mind at the time was defend yourself. It wasn’t like a fight on the street, it was more like a fight until somebody dies,” said Jasmiyah Whitehead in her taped confession.

In chilling detail, the twins described what really happened the morning of the murder.

It started with a fight with their mother in the kitchen after waking up late for school.

“You’re late for school, you’re not going to do what you want to do, you have to live by my rules,” recalled Rockdale County District Attorney Richard Read.

The twins say their mother began threatening them with a pot from the stove.

“She just started waving the pot around things like that whatever so I guess she was trying to hit us with the pot,” said Jasmiyah.

The twins claim they wrestled the pot away from her, but it was the start of all-out brawl.