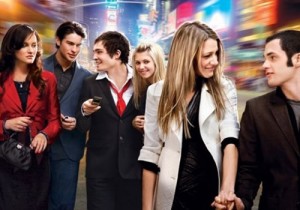 The day of reckoning has arrived. For the past month, your friends have been clamoring to meet your new guy, but alas, the how-do-you-do’s were largely anticlimactic. Are your friends unsupportive? Was everyone in a bad mood? Or was your boyfriend just not that impressive?

Everyone knows that love is blind, and no matter how confident we are in our choices, sometimes our friends can see red flags in our partners that we can’t. Here are 8 things your pals don’t like about your new guy and whether or not their critiques should be heeded or ignored:

1. He hit on them. He either hit on your girlfriends when you were off grabbing hors d’oeuvres, or you saw him, but you dismissed his “friendly joking” as a nervous gesture. Lobby for him all you want, but keep an eye out the next time you all hang out together. It may be stressful to be with a guy who can only interact with women by flirting with them.

2. He reminded them of your exes. What’s the opposite of nostalgia? Your friends won’t say it at the table, but they’re probably thinking, “Oh, this guy again.” It wouldn’t hurt to question your own taste if your friends bring up how you don’t bother to expand your dating horizons.

3. He’s not your type. Even though you took their advice to date somebody different, you can’t blame people for being surprised that you’re dating an angsty musician when the last five boyfriends you introduced them to were outgoing athletes. In this case, the odds are that if he’s a standup guy, they’ll warm up to him and be happy that you’ve reevaluated the types of people you usually date.

4. He tried too hard. He cracked too many jokes. His enthusiasm was akin to a motivational speaker’s. He was a little braggy. Go ahead and chalk up his efforts to nervousness. At least he cares about your life outside of the relationship, right? See if he relaxes during the next couple of friend interactions, and then take it from there.

5. He didn’t try hard enough. He made no effort to remember their names, he talked only to you the entire night, and he seemed really bored overall. Those are red flags if we ever saw any. 4 Ways Family And Friends Help Our Relationships

6. They question his sexuality. They think he’s gay. You think he’s a great dresser with a sensitive heart. Whatever the case, don’t let your friends get away with making fun of his flamboyancy, especially if you and your guy have already hashed out that yes, he’s often mistaken for being gay, but, no, he’s sure he’s not.

7. They don’t think he’s good enough for you. Give your friends the benefit of a doubt there, as they may be legitimately concerned that he’s using you or that the two of you simply aren’t compatible. It’s hard for them to not jump to conclusions when you have a Master’s degree and are earning a nice salary, while he’s an aimless-yet-cute “aspiring novelist” who lives with his mom. Ask yourself whether or not you can date someone in the long run if your aspirations are mismatched.

8. He’s not their “type.” Ultimately, it’s not a dealbreaker if a guy isn’t in love with your friends, or vice versa—after all, a guy can be Mr. Right even when you don’t like his mom. So long as there’s respect between all parties, forming BFF bonds can wait.