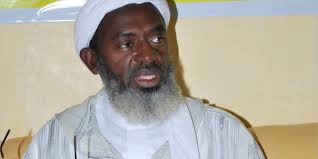 Renowned Islamic Scholar, Sheik (Dr) Ahmed Abubakar Gumi has expressed the hope that the abduction of over 200 school girls by Boko Haram gunmen will signal an end to the sect’s terrorist activities.

In a statement in Kaduna, Sheik Gumi advised Nigeria’s security forces to encircle the Sambisa forest in Borno State and use aerial surveillance that would lead to the capture of the abductors, warning that time was fast running out.

The Islamic scholar wondered why it has taken the military so long to use the Unmanned Aerial Surveillance Vehicle also known as drone, developed and built by the Nigeria Air Force Institute of Technology in Kaduna, saying if truly the drone was in working condition, there was no better time to use it than now.

According to him, it is ironic that “nobody wants to take responsibility and honorably resign for more responsible officials to clear the mess”.

He said: “When there was a bomb blast in Jaji cantonment during the hey days of explosions in the northern capital cities, the cantonment commandant was sacked and retired from the Army. This spirit of accountability has suddenly vanished.

“This abduction is an end game for whoever is responsible for the killings, bombings and terror all over in general. The abductors – whoever they may be- are confined in space and time for the first time. The abducted girls are known, therefore, lies will have to end. The abductors must be identified. These girls hold the answers to all the melodrama that is called war against Book Haram.

“The space is Sambisa forest – a must- since there are confirmed cases of escapees from it. The time is also against the criminals. Encircle all outlets from the forest, take aerial surveillance – shouldn’t we wonder now if the drone purported to have been manufactured in Kaduna Air Force base was not really a dummy? – or get the help from United States”.

In his view, Boko Haram’s objectives have not crystallised.

“The freed girls would also talk. And nobody in the system yet wants free flow of information on what is truly happening. I am still surprised why there are no free interviews with the runaways”, he said.

To him, young girls “are the greatest stimulus for sympathy on human psyche while the international community, the locality and every soul was touched by this barbarism”.

“Therefore, I see – insha Allah– this is the end game of the saga called Boko Haram. There will be surprises definitely! May Allah ease their release and protect our nation from criminals and irresponsible officials”, Gumi said.