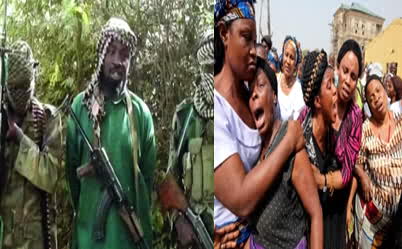 An Islamic group, the Muslim Rights Concern, on Wednesday described the activities of the Boko Haram sect as contradictory to the tenets of Islam regarding the treatment of  the girl-child and women.

MURIC said this in a statement made available to newsmen by its Director, Professor Ishaq Akintola.

The group, which described the abduction of some school girls in Chibok, Borno, as criminal, said, “The Quran said that the most perfect Muslims are the best in conduct to women.

“Whoever has a daughter and does not insult her but treats her equally with the male children, Allah will give him a place in paradise.

“Where then did Boko Haram get its despicable doctrine which dishonours the girl-child?”

The statement said the case of Boko Haram had become an interesting study in religious perversity.

“Islam teaches peaceful co-existence, Boko Haram insists on killing and maiming innocent people in the name of religion”, it said.

MURIC, however, urged the leadership of the Boko Haram sect to retrace its steps

The group, however, commiserated with the parents of the abducted girls, the authorities of the affected school as well as the government and people of Borno and Nigeria.

“We share the pain and the trauma of the past three weeks and pray that the nightmare will end in happiness for the victims and the rest of Nigerians”, it said.