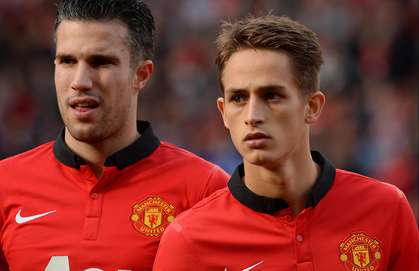 Manchester United star Adnan Januzaj is the name on the lips of a nation following his surprise call-up to Belgium’s World Cup squad.

Everyone in his homeland is keen to know more about the 19-year-old sensation, and one of his former youth coaches at Anderlecht revealed the winger once scored an incredible 16 – or perhaps even 17 – goals in a single
match.

In an interview with Sportwereld, his first coach at Anderlecht was quoted as saying: “His technique was indescribable. I remember a 22-0 victory against La Louviere in which Adnan scored 16 or 17 times.”

Januzaj, who burst onto the scene with the Red Devils at the start of the season, was clearly a special talent from a very young age. A former teacher was quoted as saying that they filmed him in order to study his brilliant feints, while an ex-teammate revealed that young Adnan would sometimes get “tears in his eyes” following a bad game.

It seems Januzaj was destined to become a star. He famously scored two goals on his first Manchester United start, against Sunderland, back in October – and has continued going from strength to strength ever since then. He was one of the few shining lights in David Moyes’ disastrous spell in charge at Old Trafford, but the teenager is now looking forward to working under the newly-appointed Dutch coach Louis van Gaal.